7 Reasons the Middle East has the Hottest E-commerce Market

One of the most exciting markets to open up a lucrative e-commerce business right now is in the MENA region, home to around half a billion people. Here, circumstances have come together to create a region that offers some incredible opportunities for e-tailers right now.

The last few years have brought about some changes that have seen the world’s biggest online retailers move into the MENA market. Some analysts report estimated profits of a whopping $48.8 billion in 2021 for the GCC alone. In a rapidly changing environment, there is huge potential for profit.

Although web commerce still is more popular, more customers are rapidly moving towards e-commerce. Even brick and mortar institutions have jumped on mobile platforms like the Dubai Mall app.

The second biggest spend for online shoppers in the Middle East is on clothing, footwear and accessories, followed by electronics. So if you’re thinking about opening or expanding your business, here are 4 reasons why you should sit up and pay attention to the MENA region.

The whole region is practically online

and has some of the strongest internet

penetration in the world.

In fact, Saudi Arabia’s internet penetration is at 95.7% today, grown rapidly from just 2.21% in 2000. Bahrain has an even more significant proportion than the US and France, at 98%. Egypt alone ranks 20th in the world’s internet populations.

These numbers only represent a few countries in the Middle East and North Africa – but it’s astounding proof that the whole region is either shopping or ready to add to their cart.

The MENA region used to heavily rely on cash-on-delivery as the standard payment method. But since the COVID-19 pandemic, the region has seen an enormous uptake in contactless and cashless payments. Online shoppers are opting for contact-free and digital payment experiences.

An economic report from the Mastercard Economics Institute reveals a spike in online shopping, with 73% of consumers shopping more online than they did before the pandemic.

The report also showed that 66% of consumers have now embraced online banking and there is a steady increase in e-commerce spending at a 20-30% rate of the total spending on retail trade as a result of COVID-19.

It’s well known that Middle Eastern countries have the highest per-capita spending in the world. This is especially true for the GCC.

In fact, all 6 of the Gulf countries are within the top 34 wealthiest nations in the world. Kuwait has the highest per capita income in the world and Dubai and Manama are amongst the top 10 in buying power.

It’s no surprise then, that consumers in MENA also have the highest per capita spending on luxury products. The region’s high temperatures have also helped cement an addiction to online ordering and delivery, with coffee chains delivering your morning coffee!

63 million people use Instagram in the MENA region, which means they take up an astounding 10% of the world’s Instagram users. YouTube use is also ranked second in the world for the region for numbers of daily views. Saudi Arabia currently has the biggest social media adoption with a 32% year by year total increase on all platforms.

The Middle East is also a hotspot for influencers, promoting with a celebrity status along the way. This region is switched on to the power of social media and that plays a big role in expanding e-commerce through building brand value.

Cosmetics brand Huda Beauty, run by influencer and entrepreneur sisters based in Dubai, Huda and Mona Kattan, advertises its products through Sephora’s e-commerce websites. They’ve turned their business into a billion-dollar beauty brand with the help of a 48M Instagram by April 2021.

The Middle East has the youngest populations in the world. Over 28% of the population in the region are between 15 and 29 years-old.

Young people are the fastest growing demographic in this region, with a median age of 22, compared to the global average age of 28.

In fact, the youngest are in Saudi Arabia with around 20% of the population between the ages of 15 and 24 years old.

6: The Market is Booming

Online consumers are ready to shop in the Middle East and the options are growing.
After Amazon bought local shopping app and site Souq, it became one of the biggest players.  Going head-to-head with Amazon is Noon, based in the region, with a recent funding round of over a billion dollars.

Although smaller than the previous two, Wadi grew six-fold in 2019 and sells over 550,000 total products.

There’s a lot more smaller players but the market still shows so much more room for new options.

7: The Tech in Delivery

If you have ever been to the Middle East, you’ll know that unlike in Europe or North America, much of the region lacks zip codes, meaning directions can get confusing.

To overcome this challenge, logistics companies like Aramex are using machine-learning algorithms that convert descriptive addresses into geocoded locations.

Now, 90% of descriptive addresses in the UAE and 80% in Saudi Arabia have been geocoded to initiate the last mile process. This has opened up the gateway to a powerful MENA Online trade wave and a technology-powered bridge between the MENA region and the rest of the world.

Start securely placing your business into this exciting and growing region now with the Aramex e-tailer e-commerce solutions and SME services. 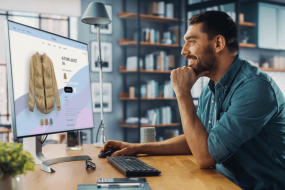 3 Easy Steps for International E-Commerce Expansion for Your Business 

Christmas Is Coming: Is Your Social Commerce Strategy Ready? 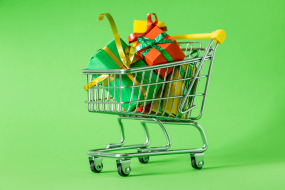